Koleksiyon performs home and office furniture in 21 regions all over the world including New York, London and Cairo. Trying to create the products of dreams and ideas instead of industrial products along with its high quality furniture design synthesizing new ideas, new standards and new design concepts, the innovative concepts focusing upon the working culture of Koleksiyon have enabled Koleksiyon to have its furniture products in many grand companies’ offices in Turkey and all around the world.

Koray Malhan, brand manager of Koleksiyon Office, offers innovative suggestions for the contemporary working culture, carrying his few years of research on the “Open Work” theme one step further. With this new approach, Koleksiyon is questioning common creation processes by “Open Work” themes inviting the architects, planners and specifiers as active participants to the development stages of work spaces which can be “finger prints” of each institution or company.

In the new office series developed for Koleksiyon, novel products are offered which can re-write the usual system of the office environment. The new series include designs formed by units or modules which can create enormous sizes or can be shaped just as a module and easily replaceable.

Designs such as; Oblivion, which can create an area within an area, Borges, which can offer working opportunity to tens of people by its user configurated axis, and products such as Cap, which isolates the environment only for the times that concentration is needed instead of isolating the staffs themselves, will create revolutionary differences and standard offices will be questioned.

Koleksiyon aim to articulate contemporary approaches to work cultures as well as bringing its office designs to visitors across Dubai,London and Chicago.
Dubai Workspace
The Workspace Fair which take place between May 18 – 21, Koleksiyon will be in the stall number ZD 400. 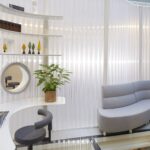 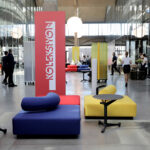 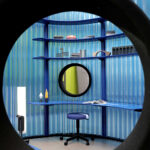 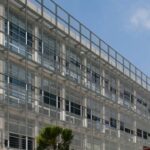 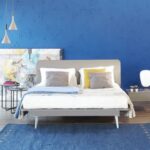